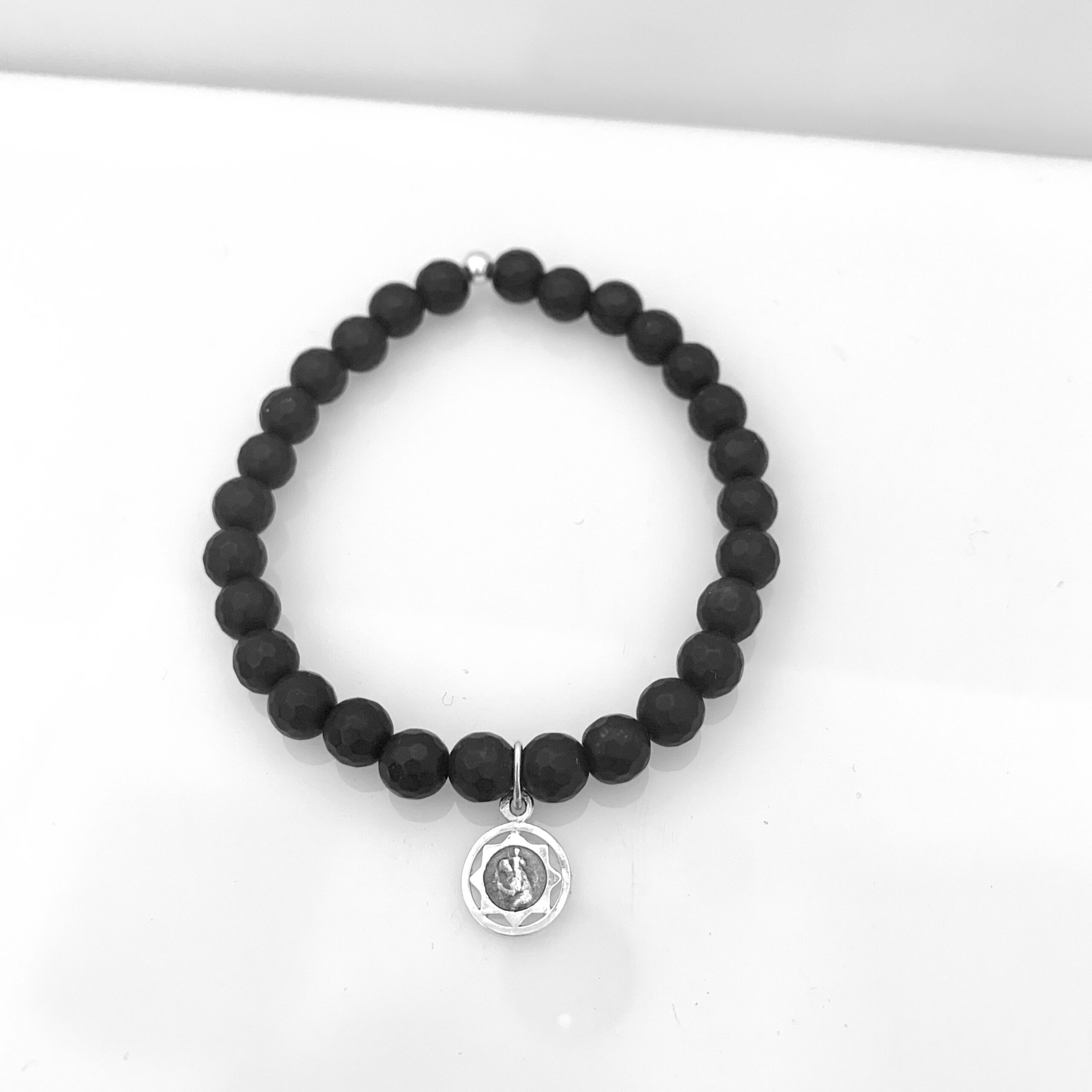 St. Christopher (died c. 250), an early Roman martyr and legendary saint, described as extremely tall and strong, sought vainly to serve a king worthy of his strength. Serving first a king frightened by the devil, he abandoned the king for the more powerful devil. After a short time with the devil, he observed the devil’s fear of the symbolic cross and concluded Jesus’ supremacy over the devil. He launched a fearless quest to find the most powerful Jesus uniquely worthy of his service.
Advised by a hermit to pray or fast, as a way to seek Jesus, St. Christopher struggled with how to pray and abstain from food. As an alternative, he volunteered to carry travelers across a tempestuous river where many drowned. One day, when resting by the river, he heard a child’s voice call out “Christopher, come out and carry me across.” Grabbing his staff, he lifted the child to his shoulders and began to traverse the rough river. With each step, the child weighed heavier and currents resisted his stride. In deep waves, Christopher grew afraid that he would lose his step and they would both drown. Exhausted, bewildered and breathless he requested the child’s identity. Today, we honor the popular “Christ-bearer”, St. Christopher, with three Brother Wolf virtue medallions, featuring the images of St. Christopher with staff carrying the Christ Child on his shoulders inspiring both protection and Godspeed in all of our journeys.”

Be the first to review “St. Christopher Bracelet” Cancel reply