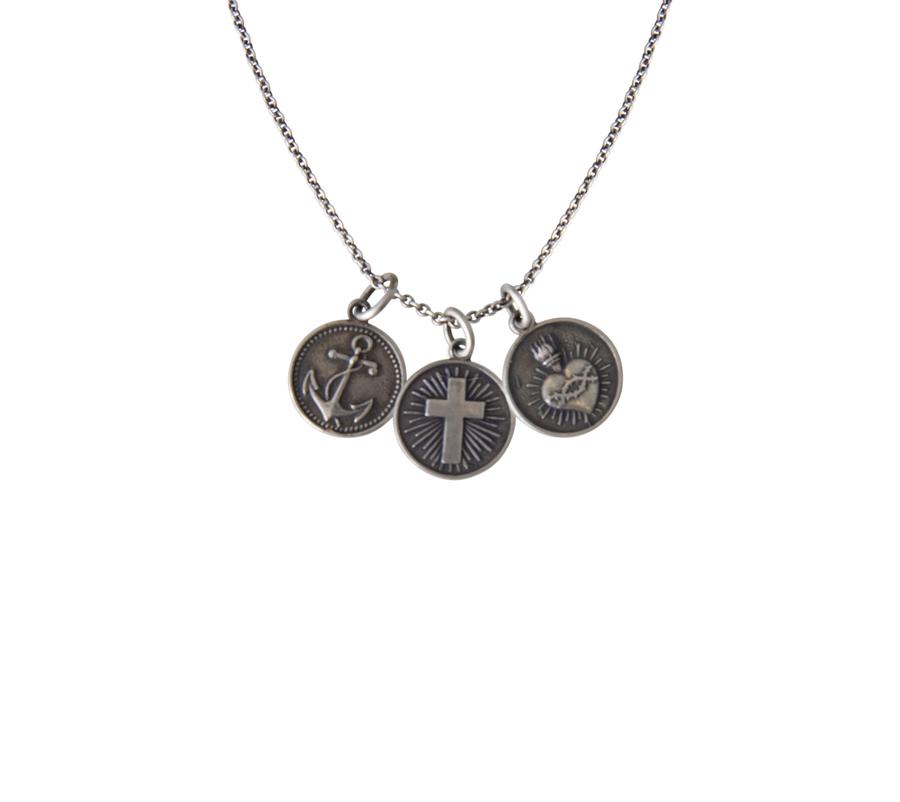 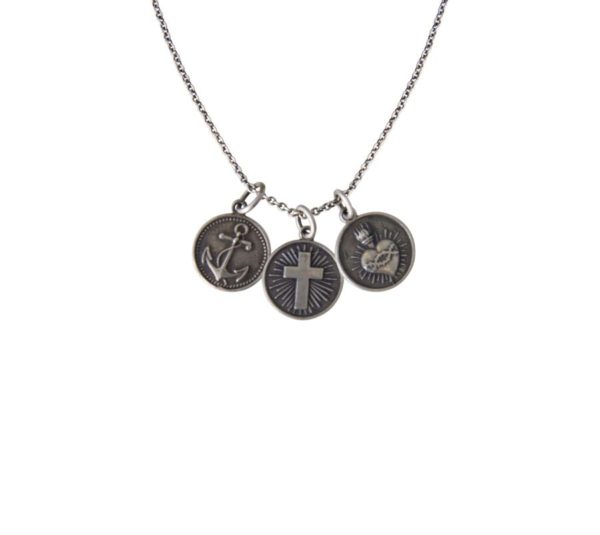 Faith, Hope and Charity, daughters of Sophia whose name means Wisdom, died as virgin martyrs in the 2nd century AD at a very young age during the Roman rule of Hadrian in the 2nd century. Oftentimes, mystical virtues became names at Baptism as in the case of 12 year old Faith, 10 year old Hope and 9 year old Charity.
The New Testament endorses strongly these three virtues and Charity is often called love. Church feast days celebrate these virtues and the saints martyrdom on August 1st (Roman) and September 17th (Eastern), while specifics vary on the saints celebrated.
The Sanctus Collection commemorates these virtues with simple yet beautiful vintage symbols of the cross, anchor and the Sacred Heart, universally communicating the sublime meaning of Faith, Hope and Charity.