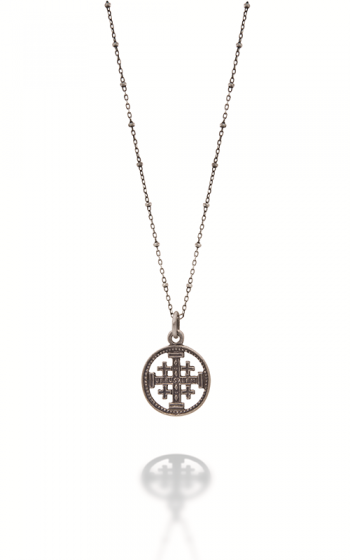 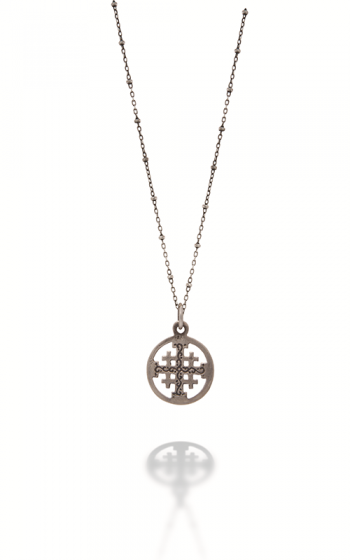 ​The Jerusalem cross consists of a large center cross with four smaller Greek crosses (a cross with four equal arms, similar to a plus sign) in each quadrant. Also known as the Crusader cross, the Jerusalem cross dates back to the 11th and 12th century when the Crusaders captured Jerusalem in 1099, establishing Christianity in the area. One of the leaders of the Crusades, Godfrey de Bouillon, was the first to use the Jerusalem Cross as a distinct symbol of the new Crusader state, known as the Latin Kingdom of Jerusalem. De Bouillon believed that the cross symbolized Jesus Christ and the city of Jerusalem which is the root of Christianity.

What Does the Jerusalem Cross Symbolize?

Other historians believe that the five crosses together symbolize the five wounds Jesus suffered on the cross. The four small crosses represent the four wounds of Jesus’ hands and feet, while the large cross signifies Jesus’ pierced heart.

Be the first to review “Jerusalem Cross” Cancel reply