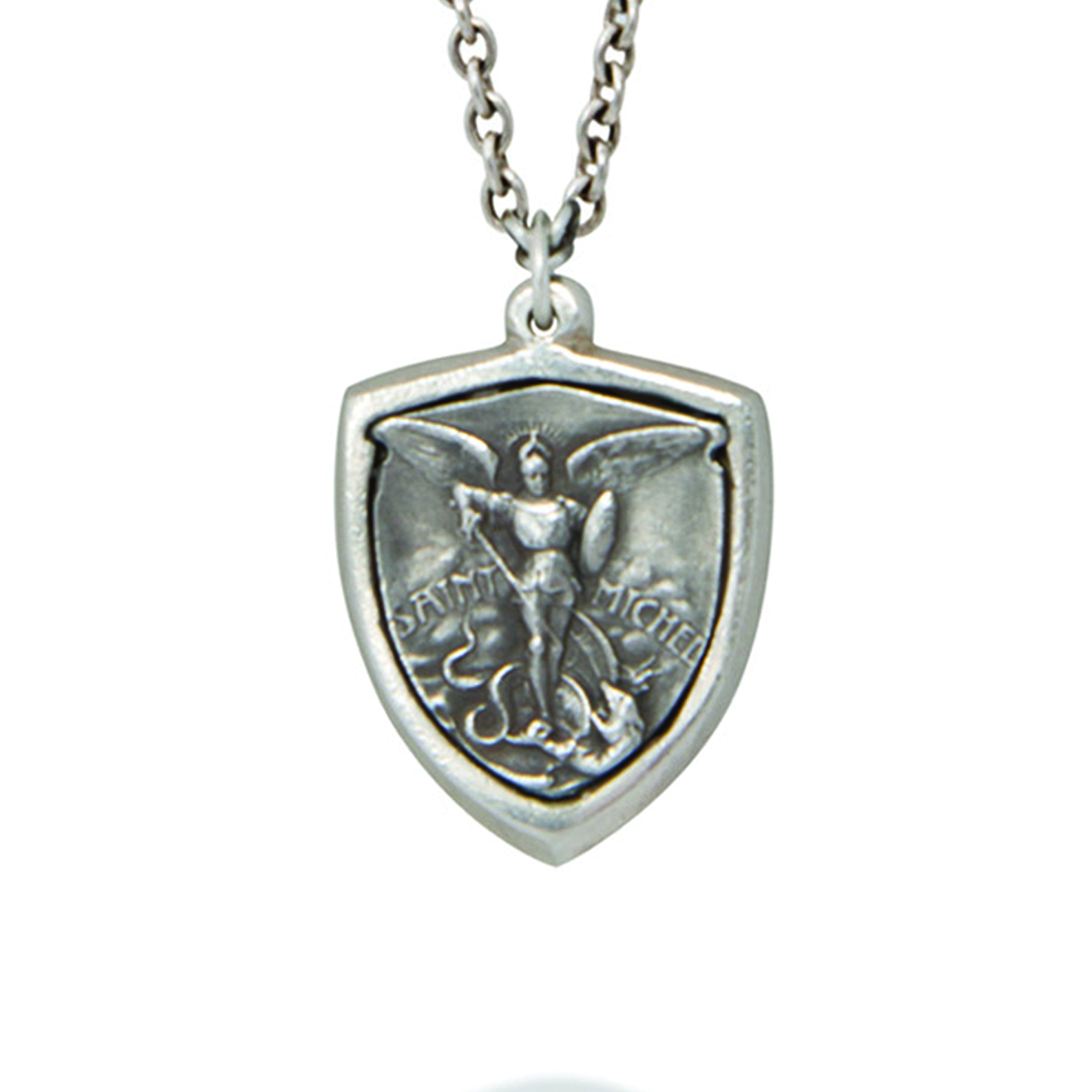 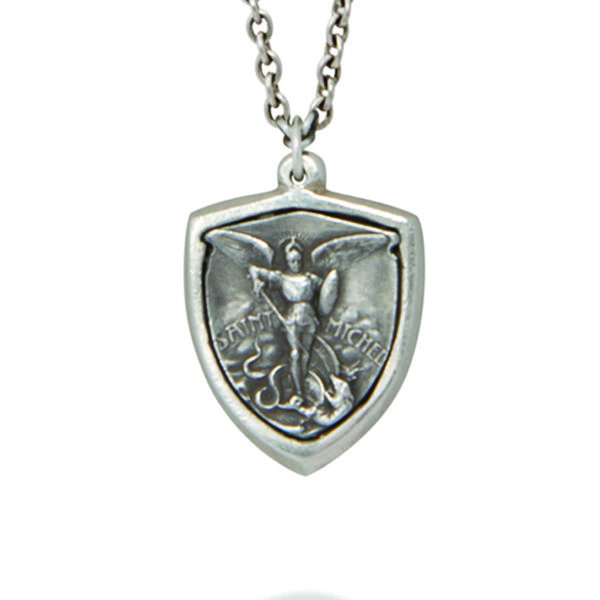 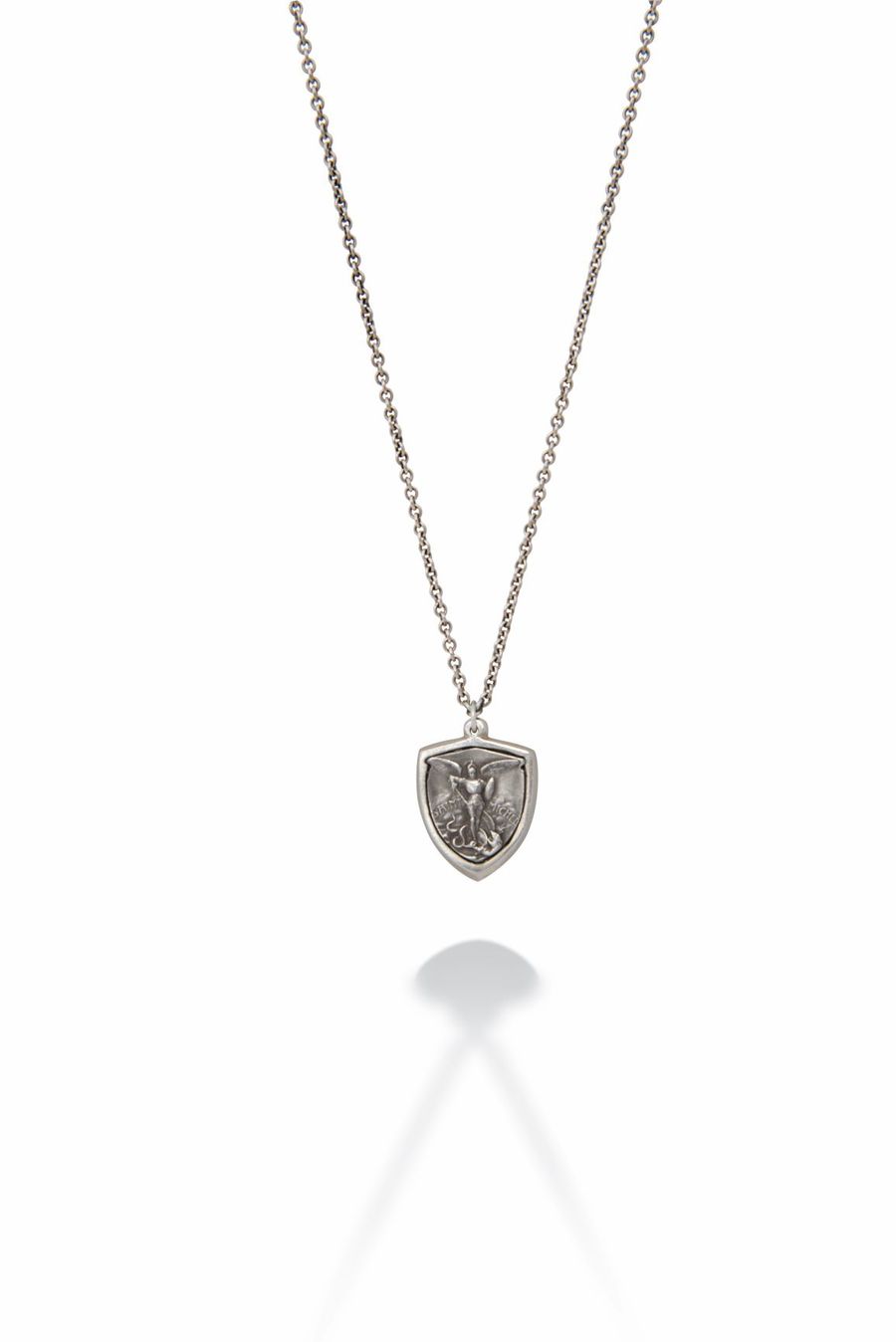 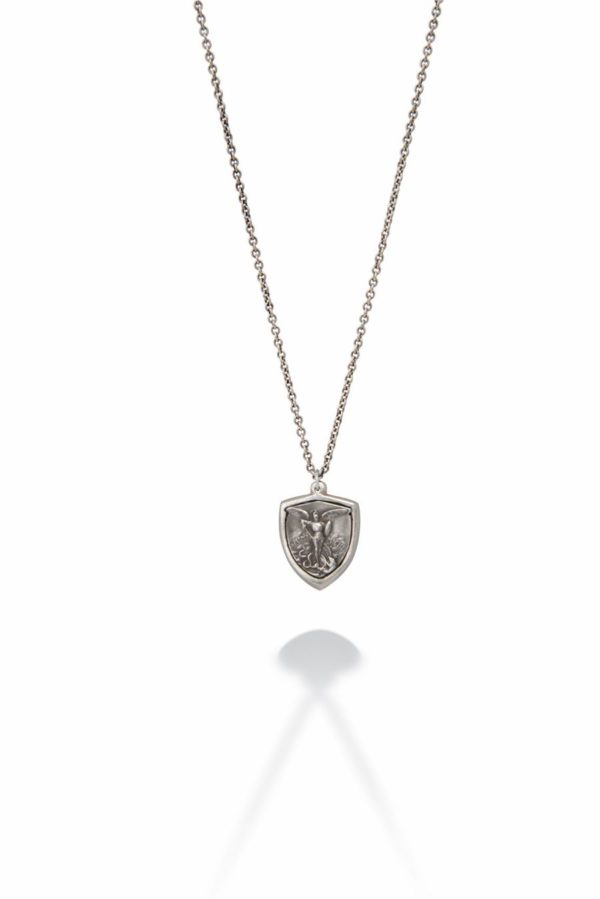 Featuring Image Of Mount St. Michael on Back

St. Michael, the great archangel personifies valor, protection and care. His name means “Who is like unto God?” and he appears as the heavenly leader in the fight against all enemies of God. The Jews regard Michael, the prince, as the special protector of Israel, and in Christianity he serves as the protector of the Church.

While St. Michael, the archangel protects us, he also assists in dying, accompanying us to private judgement after we depart this world, ultimately ushering us to the gates of Heaven as a patron of the holy souls. His protection over holy souls results in the dedication of cemetery chapels in his name worldwide. In ancient times he was venerated as healer before honored as an angelic warrior. He also served as patron of mariners in Normandy where the famous Mont-Saint Michael stands.