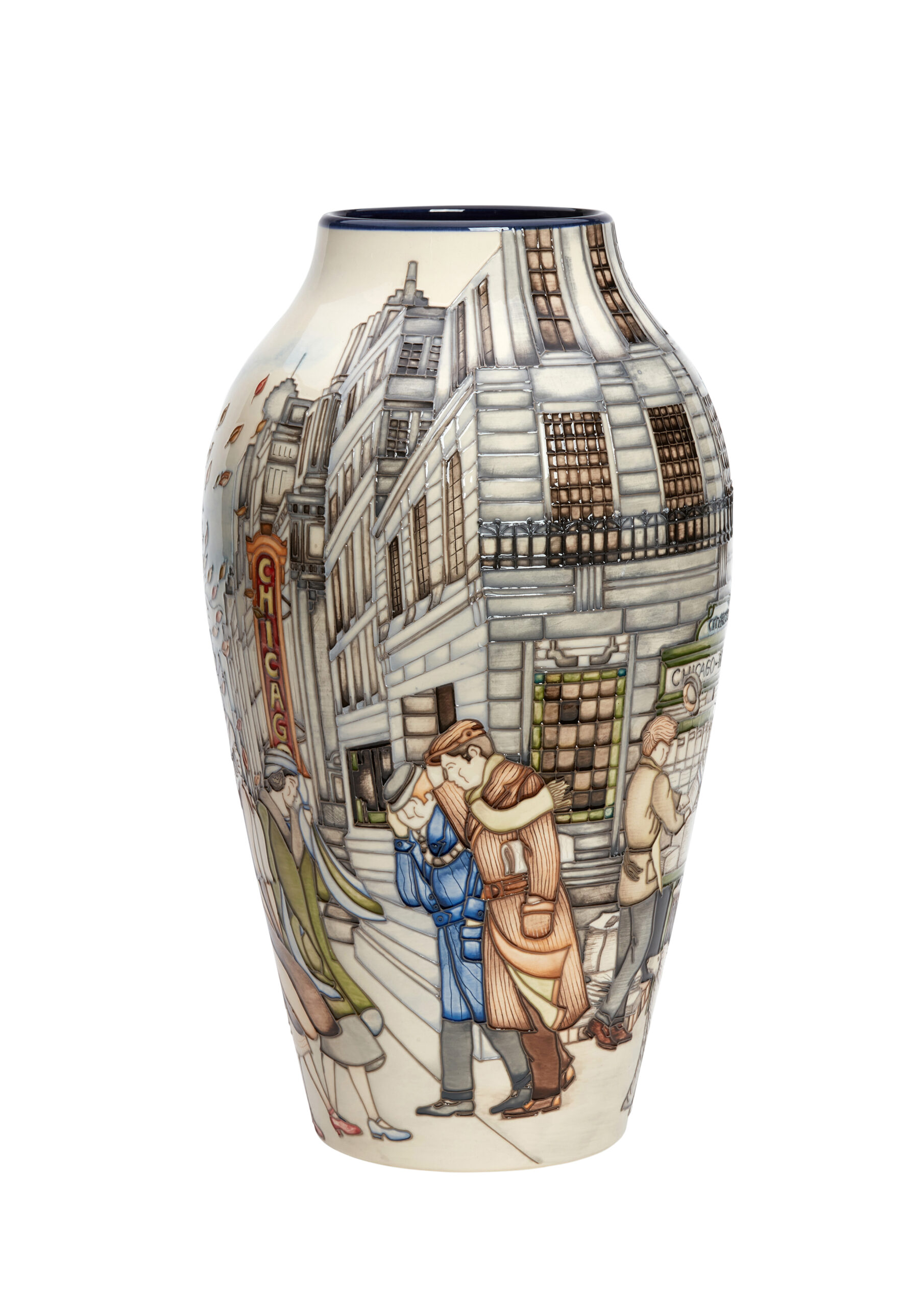 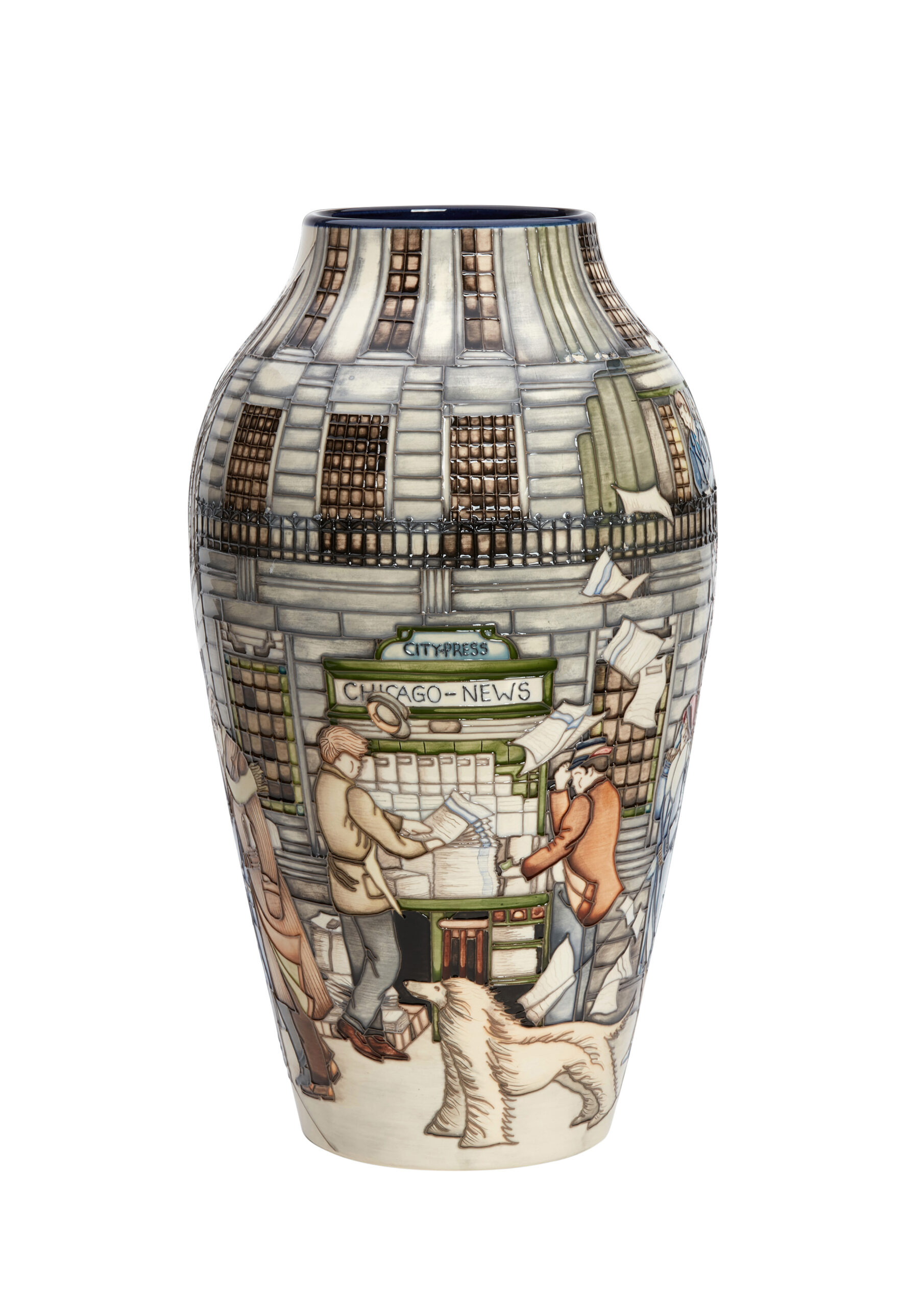 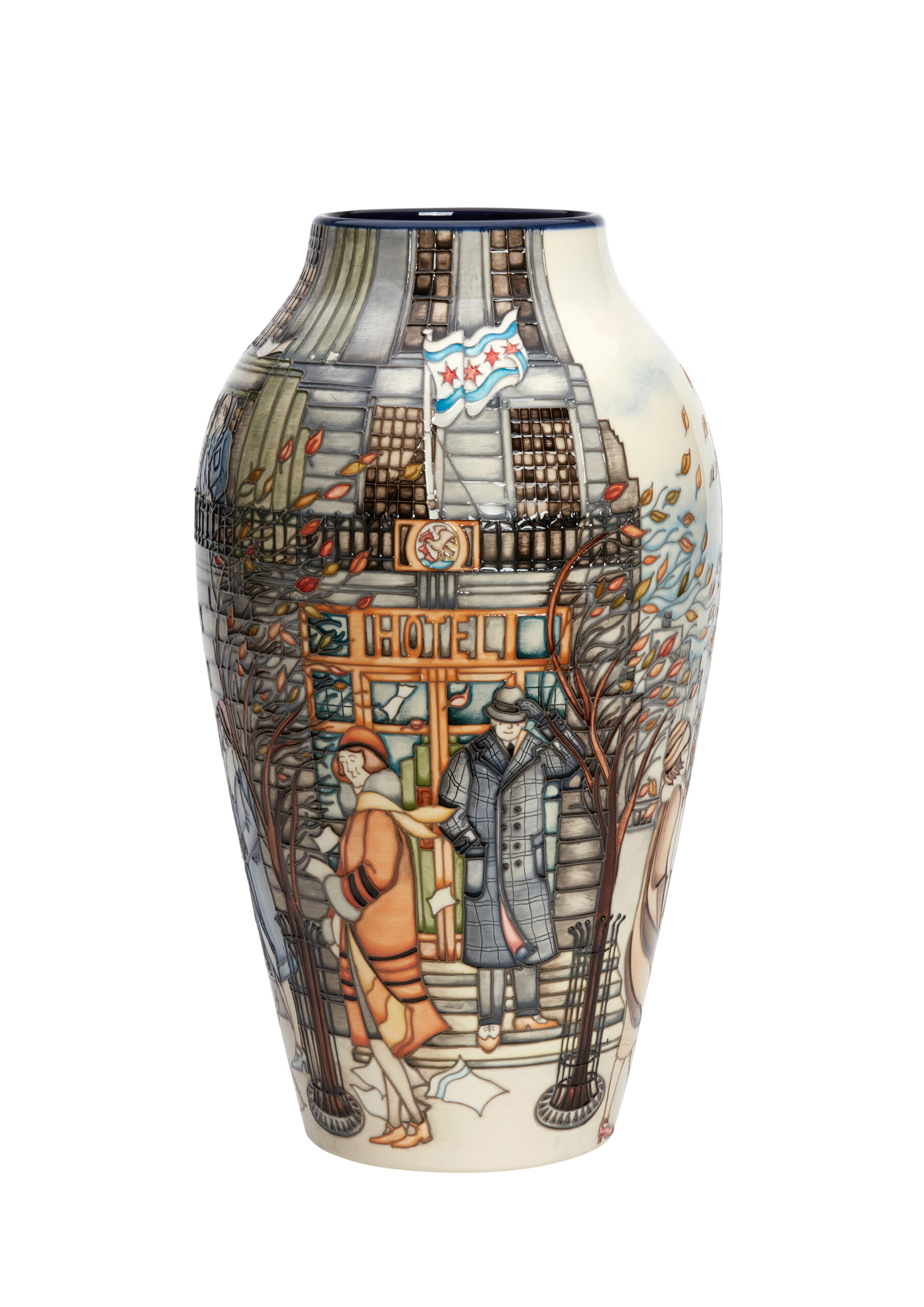 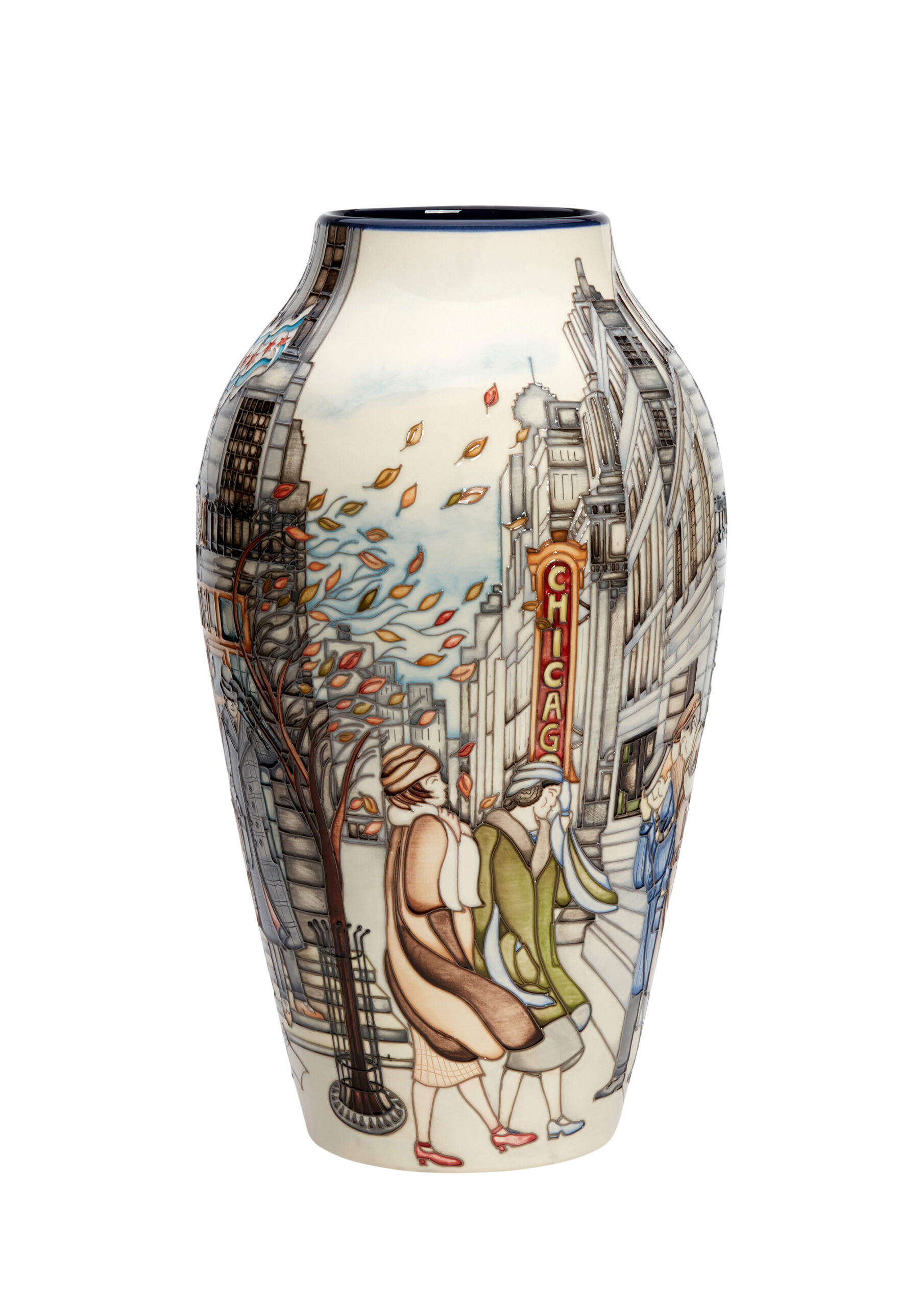 In stock (can be backordered)

Chicago is well-known for its magnificent skyline that stretches across the waters of the massive freshwater Lake Michigan where the cold air that blows through the city originates. In his design for World Architecture day, Moorcroft designer, Paul Hilditch’s focus is found in the City’s nickname “The Windy City.” Apart from the blustery winds, it is said that Nineteenth-century journalists first gave Chicago this designation when criticizing the city’s elite as “full of hot air.” In the Chicago Daily Tribune, a reporter wrote in 1858 that “a hundred militia officers, from corporal to commander … air their vanity … in this windy city.”

Paul uses four distinct panels to conjure up a storm – from a Chicago newspaper stand, papers rise up the Art Deco streets as a man in pin-striped suits look down from a Juliette balcony, ladies in 1950s attire clutch tightly onto their hats and men nod their brims earnestly, and autumn leaves and papers swirl under billowing hotel flags. Whilst the blustery commotion is detailed with Paul’s trademark humor, including the fur on an Afghan dog rippling with drama.

It is the architecture that gives the design a touch of old Chicago charisma. In the early 1880s, architectural pioneers of the Chicago School explored steel-frame construction and, in the 1890s, the use of large areas of plate glass. These were among the first modern skyscrapers and the race to own the skies above commenced notwithstanding the Art Deco hotels and neo-classical insurance buildings that clustered below.

Be the first to review “Windy City Vase” Cancel reply